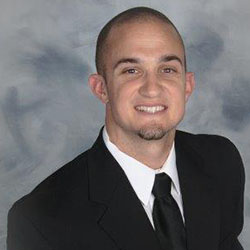 Conor has been with Exclusive Brokerage since 2011 and is one of the firms Marketing Directors. Conor works closely with financial advisors all across the country and has built the core of his practice working with captive financial advisors and designing financial products for professional athletes.

As a member of the University of Redlands football team, Conor was 3-time all conference defensive back and a team captain.

Conor resides in Newbury Park and is a fitness enthusiast – he is an avid gym-goer and has competed in dozens marathon and triathlon events.

Conor was recently selected by LifeHealthPro Magazine as one of the Top 30 professionals under 30 in the insurance profession.